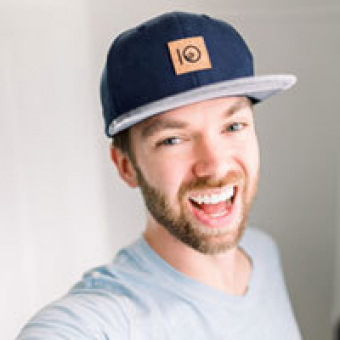 How To Floss Every Day (For the rest of your life)

The following is an excerpt from a mini-documentary and series of blogposts on how to finally make the flossing habit stick.

It’s arguably harder to start flossing consistently than it is to stop smoking. In many areas of life, healthy habits fail to form because they are 1) complicated, 2) time consuming, or 3) uncomfortable. A prime example of such a difficult habit would be going to the gym three times a week for a newcomer to the fitness world. Yet, flossing doesn’t satisfy any of these three criteria. Cleaning your teeth with a piece of string is simple, takes less than 1 minute, and is almost never uncomfortable. And with the potential to save you from spending thousands to tens of thousands of dollars on dentistry over a lifetime, there’s even a monetary reward built in to the habit of flossing. We still don’t do it, though. What gives? Today, we’re going to explore the problems at blame for most people struggling to floss routinely, and then jump right into how to solve each one. Often, it’s a very small amount of pressure in a few strategic spots that lead to the collapse of a stronghold.

Why is floss’ big brother, the toothbrush, so much more popular and well-liked? According to James Clear, author of Atomic Habits, the addition of flavours/aromas and foaming agents to both soaps and toothpastes decades and decades ago sparked a huge increase in their use among the general public. But why? The simple change to these products created immediate gratification where only delayed gratification had existed before. For example, the first toothpastes were flavourless and didn’t foam up; the only reward for using the stuff was simply a decrease in the likelihood of developing cavities or gum disease. Because this reward was vague and more importantly, delayed, the habit of using it didn’t stick. Once new toothpastes that tasted amazing and foamed up like a dream came to market, a new reward was added on top of the old: your mouth immediately feels great while you clean your teeth, and you get fresh breath as a bonus! An immediate reward is now given every time you brush your teeth with toothpaste, which reinforces the habit. As James Clear writes, “What is immediately rewarded is repeated.” Unless you’ve discovered some euphoria-inducing brand of floss that I’m unaware of, the act of flossing itself isn’t very rewarding, and is thereby unlikely to encourage habit formation. Here, we’ve stumbled upon the first intrinsic problem with flossing: it lacks immediate gratification. The good news is, we can change that.

Both the blog post series and mini documentary which explore the habit of flossing will be available free of charge. If you’re a reader, you'll find the rest of the blog posts right here in the upcoming weeks. If you’d rather watch the mini-doc, head to youtube.com/MichaelTheDentist, which should be released by the end of January 2019.