Reasons for sore gums when it's not gum disease 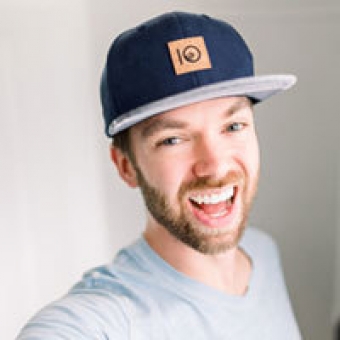 Sometimes sore gums can be due to a problem with your teeth, and not the gums directly. Here’s three examples:

1) If your wisdom tooth is trying to come in but it can’t because your mouth is a clown car with 28 other teeth already jammed in there, then it can become stuck halfway through the gums. This creates a giant cavern between the tooth and gums where bacteria can hang out and lead to extreme inflammation and pain. If the pain in your gums is coming just from one area and its at the very back of your mouth, this is very likely the cause.

Often times, the only permanent solution to this problem is removing the jerk of a wisdom tooth that caused all the trouble in the first place. However, if you can’t get to the dentist tonight, using a little syringe to push warm salt water between the gums and wisdom tooth can flush out some of the bacteria and other inflammatory stuff.

2) Say you saw the dentist 4 or 5 months ago to get a cavity fixed. Before the procedure, the dentist warned you that it was gonna be an angry beaver of a cavity, and that you might need a root canal in the future. When this is the case, the blood supply within your tooth can actually become cut off and the tooth can die. This can lead to infection that spreads to the bone and gums up by the root of the tooth. At that point, you might notice a yellowish bubble on the gums. This type of gum infection is directly caused by the tooth, and will not go away permanently until the tooth infection is dealt with.

Getting the tooth dealt with either means a root canal or having it pulled, but sometimes you need to be put on antibiotics if the infection is really out of control. For more detailed info on how to deal with tooth pain, I made a video on just that a few weeks ago. You can find it here: https://www.youtube.com/watch?v=r4thR1HPo7w&t=165s

3) If you’ve had a LOT of cavities in between your teeth over the years, there’s a good chance that the contacts between your teeth are not as majestic as they used to be. Here’s a quick test to tell - when you floss, listen for a popping sound as you floss between each tooth, and look to see if the floss is shredding at all. If your floss passes through some teeth without making that “pop” or “snap”, and then comes out shredded, you’re high risk for food entrapment. Sometimes, food can get pushed down really far between the teeth, and even down in between the gums and the tooth. If it stays here long enough, it becomes a source of continual inflammation and pain.

How to fix it then? As for getting the food out, you can try interdental brushes, a water flosser, or even a tooth pick. If you don’t want this crap to happen again, then consider having one of the fillings redone so the dentist can rebuild the contact between your teeth as to resurrect the snap, and eliminate the shred. On occasion, when I’ve repaired these contact points for patients, I’ve had to remove food that was impacted so deep that it would have been nearly impossible for the patient to remove it themselves.

Next week, we’ll talk about the U factor, and how it is the final piece to consider when it comes to sore gums.